On the 5th April 2016 Mayor John Biggs on Planning Officers advice removed 1/3 of the area applied for on the 1st December 2014. We do not believe that this decision was correct nor based on planning reasons however the pragmatic decision is to set up two new Forums in the areas removed from the original Forum. John Biggs in Cabinet did say he would support any new applications. In addition new government guidance makes it harder for Councils to delay applications.

If you are interested there is a contact form at the bottom of this page or email isleofdogsnpf@gmail.com saying which proposed area you would be interested in 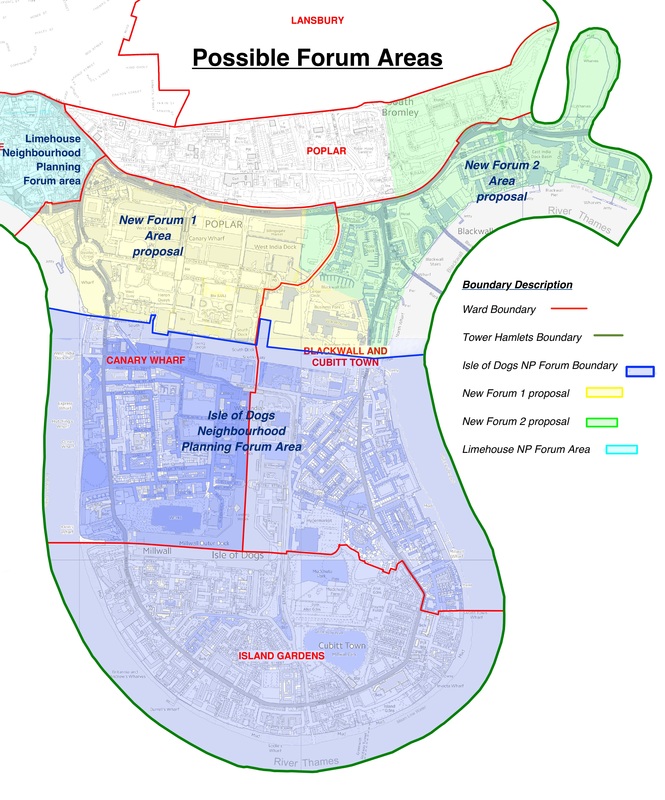